The Divine Organization of Terra Nova

The Story of Terra Nova 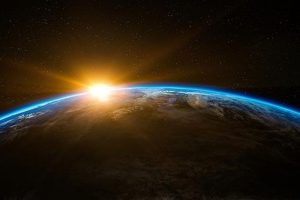 This is the story of the star system known as Terra Nova. The star system also known as Earth is located within the Milky Way Galaxy in an unnamed Universe in the Cosmic Diamond Sun Body of Creation. Millions of years ago, as the gaseous formations of this planet began to give way to physical structure, it was decided that this star would be seeded to experience life as Pure Consciousness evolving from the lowest dimensions of Creation into full remembrance of itself/our self as Source. That the planet and the souls incarnated here throughout its evolution would eventually complete the full ascension and construction/resurrection of the Diamond Sun Architecture originally seeded at the origins of this planet to become a fully embodied Central Sun of Creation.

Traveling through Cosmic stargates as rays of Light, we came to this planet to seed the original Diamond Sun Architecture that is the foundation or Cosmic Blueprint known as The Divine Organization. This was the original energetic blueprint or template laid as the Light Body or soul of this star system. This blueprint is responsible for creating the energetic structure or Divine Organization of Light that disperses all Cosmic energy received into the planet; creating all dimensional holographic realities experienced here.

We laid down the crystal beds deep inside the core of the planet, deep under any land or water mass that would ever exist here. These became the veins of the planet, conduits of the Cosmic energy. We seeded the diamond and mineral deposits creating the spinal column of the Earth, the central channel in which the Cosmic energy could disperse into the grid system. We knew everything that would ever occur in the eternal existence of this planet and thus as Master Builders of Creation, we could plan accordingly. We knew and understood that the land would move, shift, and grow in countless ways throughout the evolution of this planet and her inhabitants. Thus, we laid and created the original architecture of this planet to accommodate the myriad of changes, destruction and resurrection that would occur during all phases of evolution here.

We seeded Light codes containing ancient wisdom, Cosmic Blueprints, and templates for the time when the planet’s own consciousness and her inhabitants would be fully ready to evolve as a star system. We knew that there would be several civilizations or root races throughout the waking and sleeping cycles of consciousness before full ascension occurred. Many know these as Elysium, Lumeria, Mu, Atlantis, Ancient Egypt, and many indigenous civilizations around the world. We knew that there would be a great fall of consciousness and that the grid work would be subject to destruction. Thus, we planned for this and embedded resurrection templates and codes for the time when there would be a Great Awakening and the planet’s ascension would begin. The locations of temples, stargates, grid work, crystal beds, Light codes and the DNA within the planet and inhabitants were all carefully planned to accommodate these consciousness cycles as a part of the evolutionary process.

We came so many years ago to seed this star, to carefully construct the Diamond Sun Architecture and to lay this foundation throughout every dimension of time space allowing for the experience of every eternal now moment this star system would ever experience, including its final ascension and evolution into the fully embodied star system known as Terra Nova.