The Divine Organization of Terra Nova

Diamond Sun Architecture is the design, pattern or energetic structure that is the Cosmic Blueprint for all of Creation. When we can understand this design, we can truly begin to understand ourselves, how and why we exist, how our realities work and how we are a part of and exist on every layer of Creation. We have previously begun to explain this architecture by writing about The Divine Organization as an energetic structure and by writing about the Diamond Sun Body. This has been an introduction and overview to give the reader a basic understanding of Diamond Sun Architecture. Now, we are going to introduce another layer of knowledge to assist in further explaining how this architecture works, The Twelve Great Central Suns of Creation and the part they play The Divine Organization of Creation. 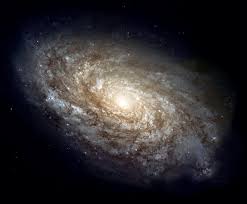 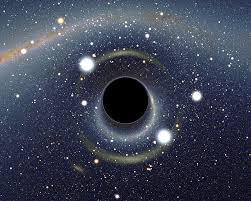 To understand what a Great Central Sun is we need to understand a few basic concepts. The first being the basic structure of a galaxy. At the center of every galaxy is a super massive black hole surrounded by all the Light that makes up the entire galaxy. Keep this simplified imagery in mind as we move further into the explanation. Now let us talk about space and planes of existence. Since we now live on a multidimensional earth, it is easier for us to understand how we can exist in the same “space” in multiple dimensions at one time. For example, one may be vibrating in the fifth dimension and riding a bus sitting next to someone vibrating in the fourth dimension. Both exist in the same space, yet they are experiencing very different realities within the same plane of existence. Finally, remember that there are twelve dimensions of Creation and 144 frequencies. Now armed with this basic understanding, let us continue.

The Great Central Suns work likes the templates in your body because all the Cosmos works on Diamond Sun Architecture. Each bandwidth within a Great Central Sun represents one of 144 Light Bodies or templates of the Cosmic Diamond Sun Body. The twelve bandwidths of Light of each Great Central Sun represent the totality of the Light of each dimension or Great Central Sun. Just how we have one body that shifts as we vibrate in and out of multiple dimensions, so does the Cosmos. It is one Cosmos, one body, that exists in 144 different frequencies or bandwidths, creating twelve dimensions or Great Central Suns that simultaneously exists in one space or plane of existence. There is ONE Infinite Source of Light that supplies all dimensions with the Light or energy to create and expand itself. This is done through the black hole center or Diamond Solar Heart center of each the Cosmic Diamond Sun Body also known as the Great Void or Infinite Source.

We said above that at the center of every galaxy was a super massive black hole. This super massive black hole center or Great Void is at the heart of each of the twelve Great Central Suns of the Cosmic Diamond Sun Body and every Central Sun within Creation. What this means is that all Light that makes up each of the twelve Great Central Suns comes from the Infinite Source. The twelve Great Central Suns represent the twelve master galaxies of Creation. These master galaxies are also what we call dimensions. Existing within the same space, vibrating at varying frequencies, all with ONE super massive black hole center that is a stargate to the Infinite Source. The ONE Source that is the Source of all Light within Creation. This is the same as your own Diamond Sun Body. When your Diamond Sun Body becomes fully activated, your Diamond Solar Heart Center also become a portal to Source. These portals are a stargate to the infinite eternal Light or energy supply that comes directly from the Infinite Source.

From nothing comes everything. It is the Great Void, the infinite space of nothingness that is the Infinite Source of all that is. It is from this place that Light flows forth into Creation. This Diamond Solar Heart Center, the black hole that lies at the center of each of the twelve Great Central Suns and every Central Sun of Creation is the gateway to Source. It is how Source or Consciousness expands itself and fuels its creation. It is the portal that allows for an infinite supply of Light into any Great Central Sun or Central Sun at any time.

The Diamond Solar Heart portal is located within the sixth dimensional soul level of consciousness. It is on a soul level that we are connected to the Infinite Source via the heart. It is on a soul level that our Light is coded for all realities within all dimensions and we either descend or ascend as Pure Consciousness to learn about ourselves. The heart is the center of our Universe or the Universe of any logos. It is also when we awaken to our soul that we first remember who we are, Source, Pure Consciousness. This is when we awaken to our own hearts. It is through this awakening and the full construction of our Diamond Sun Body across all twelve dimensions that our Diamond Solar Heart can be fully activated via a solar flash and our heart portal to Source opens eternally.

This is a basic explanation and breakdown of how the Twelve Great Central Suns of Creation work and the part they play in The Divine Organization of Creation. It is all about Light and the frequency of Light used to create the holographic realities of any logos in Creation. This Diamond Sun Architecture is fractaled throughout all dimensions of the Cosmos. What we are doing with our ascension is using this architecture to construct the living Light structure of The Divine Organization within our physical vessels and planet as a logos in Creation so that we can experience holographic realities in multiple dimensions up to the twelfth dimension through our Diamond Sun Body. This is done through the construction of our Diamond Sun Bodies via a logos’ evolution. This architecture is also being constructed within all layers or logos of the consciousness fractal on our planet from soul pairs to soul groups to the entire Collective Consciousness of Gaia.